Of all the sweetbreads, liver is the most commonly used in the Veneto culinary tradition and is probably one of the oldest, going back to Roman times. It appears that the name comes from “iecur ficatum”, liver with figs, presumably because figs were used to fatten the livers of pigs and geese. Another theory is that the name comes from the Roman habit of cooking the liver with these sweet fruits to round off its strong flavour. However, the smart Venetians decided to replace the figs with onions, commonly found in the lagoon, which softened the taste of the liver just as well.

Vinegar is another ingredient of this dish that, in the absence of refrigerators, was used to remove its unpleasant smell if it wasn’t consumed fresh. Today it’s the chef’s prerogative whether use it or not, some cooks use white wine or lemon juice instead. There’s an ongoing debate about the best kind of liver to use; traditionally, pigs’ liver was more common but today the milder tasting calves’ liver is more popular. It is a dish that never fails to please in Veneto Slow Food eateries. 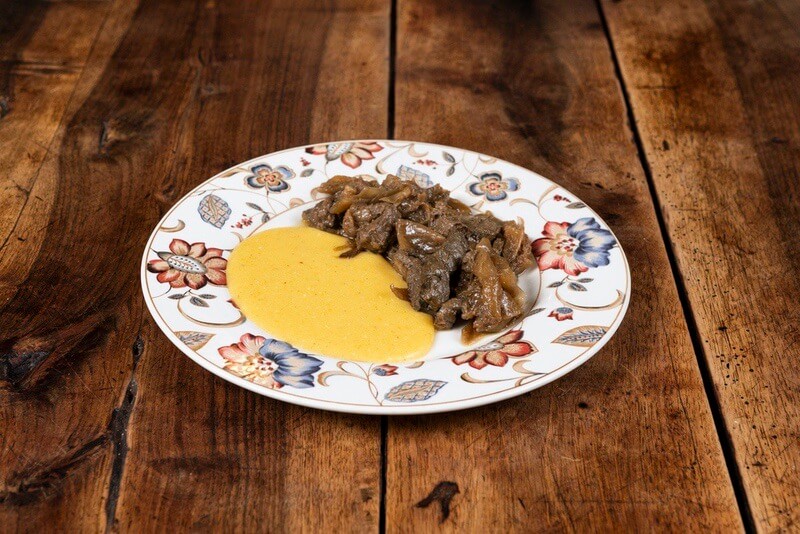